Your Cart is Empty

Shop Now
Product is not available in this quantity.


Biofuel, or bioethanol as it is commonly known, is a little-known form of home heating in New Zealand but one that has many benefits. Around the globe, biofuel is now commonly used to create a fusion of traditional petroleum and diesel, biofuel blends, that allow vehicles to run on it without the need to modify engines.

There are many forms of biofuel, but the unifying factor is in its make-up: biofuels are made from renewable sources, such as plant or animal matter. The biofuel used to make biofuel petrol and diesel blends in New Zealand and Australia is made predominantly from by-products of the dairy industry and is sold widely.

In terms of home heating though, biofuel is an area yet to be explored in detail. In Europe particularly, and in the United States, it has quickly become a much more widely used and viable alternative to gas and electric heating methods, in the form of biofuel fires.

Biofuel fires offer an alluring alternative to gas or wood fires because of the way the fuel burns. “It’s an incredibly clean-burning fuel that emits no smoke or fumes,” biofuel fire expert Richard Lee says.

What this means is a biofuel fire requires no chimney or flue rendering it portable, extremely versatile in terms of application and placement within the home, and a carbon neutral heating source, Richard says.

“Because these fires emit no smoke or fumes, and therefore don’t require a chimney or flue, they can be placed almost anywhere without the need for council consents.”

Comparative in heat output to an extremely efficient gas fire, biofuel fires have the added advantage of keeping the entire heat output in the room, as opposed to losing a percentage of the heat to the flue in the way a traditional gas or wood fire does.

“It’s still a novel concept in New Zealand and one that many architects and designers aren’t aware of,” Richard says. “But biofuel fires represent cost efficiency, a renewable heating source, and a clean-burning alternative to wood or gas.”

Biofuel fires are filled with bioethanol and lit with a long lighter; their only outputs: heat, tiny amounts of water and carbon dioxide. “The amount of carbon dioxide emitted is comparable to an extra person sitting in a room and breathing, and the moisture created isn’t enough to create condensation,” Richard says.

The biofuel used for heating is slightly different to that used for petrol and diesel blends. Biofuel for fires is created from the by-product of a variety of crops grown for other reasons. In the case of the bioethanol Richard deals with, it is manufactured in Australia from the remains of the sugarcane crop after harvest; a waste product that would otherwise be left to rot into the ground.

“There has been some debate about the viability of biofuel and its potential impact around deforestation and the viability of growing crops for fuel as opposed to food,” Richard says. “That isn’t the case though. This is a fuel being created with the waste product of a crop grown for food – in this case, sugar – and therefore the single crop doubles its output creating both food and fuel.”

The bioethanol created from sugarcane by-products isn’t only used as a fuel for fires: it’s also commonly used in products such as hand sanitisers too.

Biofuel fires are still a relatively new concept but they represent an idea that’s quickly catching on around the world as we search for more viable sustainable alternatives and move away from the use of fossil fuels.

Thank you! Your submission has been received!
Oops! Something went wrong while submitting the form.

Sign up for free for the latest in sustainable living, inspiration, products & news. It'll only take you ten seconds

Thank you! Your subscription has been received!
Sorry something went wrong, please try again.

Join the conversation! Follow us on social media and use #TreadingLightly 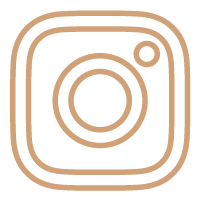 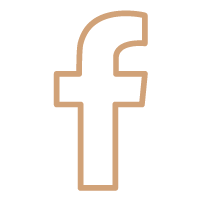 ©2019 Treading Lightly Global.
Made in NZ by
AMA Creative